Zumbro VS. The 2018 Gnarly Bandits – By Robyn Reed 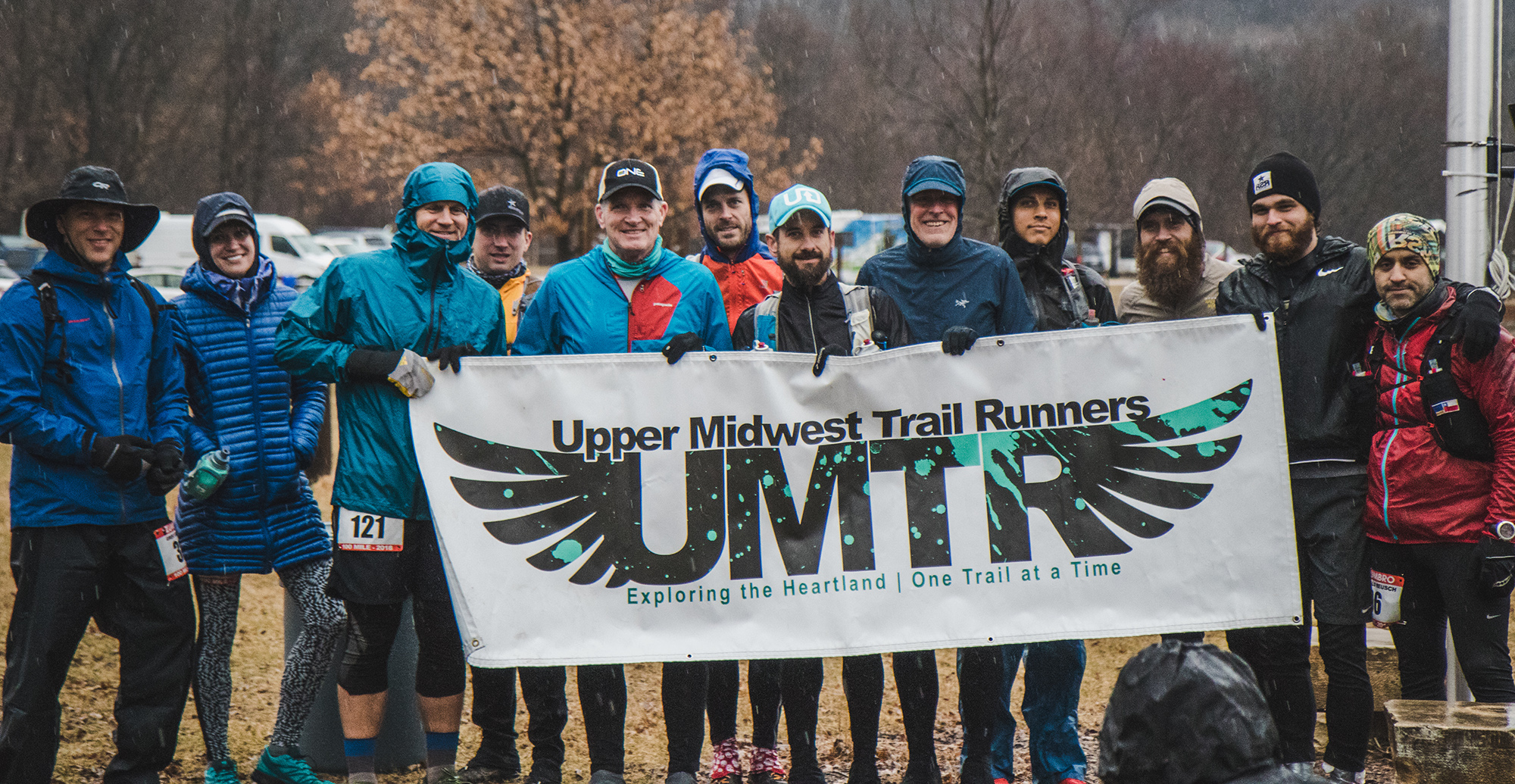 This article was written by Robyn Reed and has been republished with permission from Upper Midwest Trail Runners – you can find the original article HERE http://www.umtr.net/zumbro-vs-the-gnarly-bandits/

That, as a runner once said, was a hell of a thing.

Zumbro 2018 will not be forgotten anytime soon. As an historic late-season blizzard took aim at Minnesota, 16 Gnarly Bandits took the puddle-covered starting line in pouring rain, and began the first race of the season, the Zumbro 100.

Throughout the day on Friday the 13th, they endured rising winds, standing water, and legendary mud, said by some to be as bad as Zumbro’s ever been. The rain came off and on, and when it wasn’t raining, the sky loomed close and dark, as if it and the wind were bending together, planning something.

That something rolled in as the sun set Friday night, and the wind flung ice pellets, then giant snowflakes onto the course. By midnight, snow was falling heavily and the trails were turning from mud to… well… snow mixed with mud.

The Gnarlies persisted, though their numbers were dropping as the trail conditions and weather took its toll. Overnight and into Saturday, the snow fell, alternating with ice. The trails began to firm up, and on the ridge above Ant Hill, the snow drifted and the wind screamed. By later Saturday, the snow-covered trails were slippery, presenting yet another hazard.

Five Gnarly Bandits endured and met all the challenges that Zumbro presented to finish the race. Congratulations to Brian Corgard (who placed 5th overall), Matt McCarty (who placed 2nd overall), Erik Raivo, Even Semrud, and Nate Ziemski, who persisted and crossed the finish line in the most difficult year Zumbro has ever seen. It’s a remarkable testament to the nature of the Gnarlies that their finish rate was nearly double that of the 100 mile as a whole.

To the five who remain in the running, congratulations! Enjoy your well deserved rest.

To those who started the race and did not finish, your boldness in taking on this challenge is inspiring, and your strength in starting this race is a credit to you!

And as always, thank you to Chad Heer and KW Commercial for sponsoring the Gnarly Bandit Series in 2018!